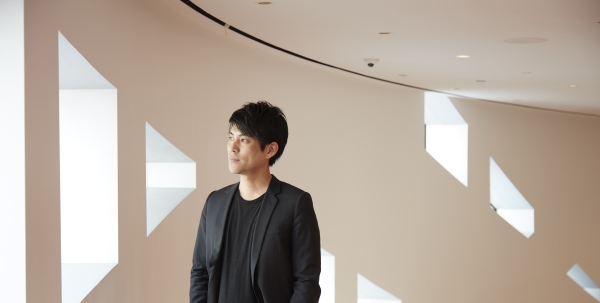 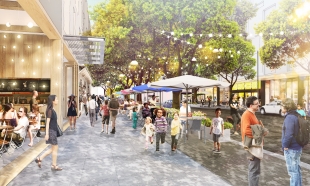 A rendering of a proposed retail area in Facebook's new development that would run parallel to Willow Road. (Image courtesy of OMA New York.)

4 people like this
Posted by Neighbor
a resident of Menlo Park: South of Seminary/Vintage Oaks
on Jul 14, 2017 at 9:08 am

I'm really want to check it out once it is built. It's a quick bike ride from my house, and it looks like it's going to be pretty neat. Could be a nice place to go for lunch and to do a bit of work in the open air.

Menlo Park does not need to be recreated, it needs to be preserved and prevented from becoming Facebooktown. The city council should be focusing on a payroll tax for companies with more than 250 employees so the city will get more of a benefit from companies like Facebook who don't pay local sales tax.

Mr. Shigematsu seems like a nice young man but he is living in another world. In this world the infrastructure to accommodate E-W traffic has exceeded its maximum capacity and consists of complete gridlock from 8 a.m. - 10 a.m., and from 3 p.m. - 7 p.m. If he wants to create a "Sense of Space", he could start with Willow Road. Maybe Elon Musk could come up with vacuum tubes or a special SpaceX shuttle solve for accessibility because I haven't heard one realistic study from Facebook on how to do that.

Report Objectionable Content
Email Town Square Moderator
8 people like this
Posted by whatever
a resident of Menlo Park: Central Menlo Park
on Jul 14, 2017 at 6:39 pm

Clueless
It's too bad Facebook isn't located in another world.

pdj is a registered user.


This may offer an unique opportunity to encourage all M2 development to be 100% sustainable. The next step should be the sharing of technology with their neighbors.

Report Objectionable Content
Email Town Square Moderator
4 people like this
Posted by Bluth
a resident of Menlo Park: Sharon Heights
on Jul 19, 2017 at 2:01 am

The idea that Facebook/Zuckerberg/and Harvard co-founders hired an oversized and overpriced architectural firm from juicy NYC tells me everything I need to know about where Menlo Park intends to take city planning into the future. The trade off is we longterm residents are losing our well-tuned, accessible downtown family friendly neighborhoods, parks, and shops to big city developers and transient tenants.
How is building a prettier place to work (OMA builds primarily dressed up convention centers to distract locals from the ever popular commercialization of the convention itself) contribute to our community's sustainability? Menlo Park is just one small desirable bay area suburb known for excellent public schools, mom and pop shops, and close knit families going back three, four generations.

Environmental impact reports are alarming but MP city council members and Facebook see the cost of high density housing and gridlock traffic as a merely an inconvenience rather than the rebranding of what we recognize as our neighborhood. I want to know how Facebook's big city office campus will give back to our community? Because all I see is an isolated corporate campus looking to UP their Facebook LIKES while other people such as longtime local John Arrillaga who spends his resources reinvesting in our community for future generations to grow and thrive.

From the owner of LV Mar and La Viga, a Palo Alto restaurant inspired by Mexico City
By Elena Kadvany | 4 comments | 3,762 views

Can you Pay to Reduce your Carbon Footprint?
By Sherry Listgarten | 10 comments | 2,597 views

You Can Help: Scents and Migraines
By Chandrama Anderson | 1 comment | 2,194 views