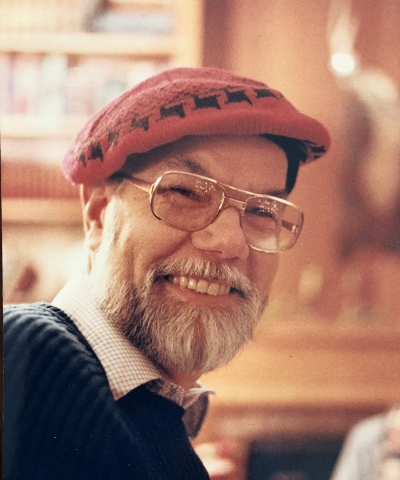 Thomas Miller, loving husband, father, brother and grandfather, passed away peacefully in his sleep on February 4th, 2021 in Palo Alto, California at the age of 90. Tom grew up in Barstow, California. After high school, he joined the Navy and was stationed in San Diego. An excellent student, he attended Stanford University where he studied Physics. At Stanford, Tom met the love of his life, Kay Hamilton, on a blind date. After Kay’s graduation, they married and moved to Seattle where Tom received his master’s degree in Physics at the University of Washington. He then became an officer in the Navy and was stationed on Whidbey Island, serving as a radar engineer. Tom was athletic and loved nature. He and Kay climbed numerous mountains in the Pacific Northwest. Eventually, Tom and Kay moved to Palo Alto where Tom worked as a Nuclear Physicist at Lockheed for 32 years. There, they raised their two children. Tom was a highly intelligent, kind and loving man who had a memorable smile and a playful twinkle in his eye. An avid reader, he was a curious, life-long learner who shared his love of physics, astronomy, music and literature with his children and grandchildren. He also shared his love of nature with his kids, leading the Miller family on many memorable camping adventures in the West’s National Parks. Tom loved Kay dearly and enjoyed spending time with her, as well as with his children and grandchildren. He is survived by his son Matthew and daughter Kathy as well as by his three lovely granddaughters, Elizabeth, Isabela and Adeline. He is also survived by his siblings, Laura Lee Peck, Freda Cobb and Fred Miller. There will be a private funeral service at a future date.