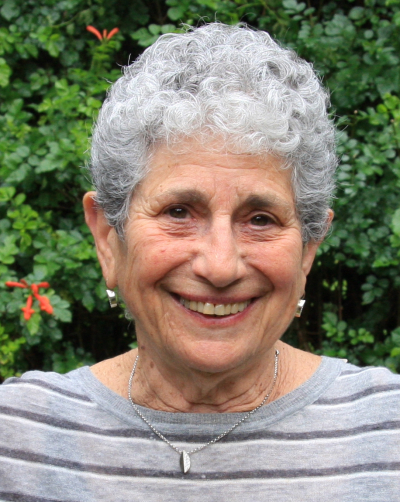 Shoshana Levy passed away on November 16, surrounded by her loving family, after a short bout with an aggressive form of metastatic cancer.

Born in 1939, she spent her childhood in Tel Aviv, during the British Mandate, working in her parents’ home grocery while attending elementary school. She expected to continue in the family store, but a teacher saw her early academic promise and encouraged her to further her education. As a teen, she was active in Hashomer Hatzair, the Israeli youth movement. Inspired by her love of nature, she traveled throughout the country with a magnifying glass and a dog-eared field guide, determined to identify every plant indigenous to Israel, learning each of their Latin and common names.

She met her husband, Ronald Levy, in the laboratory when they were both students at the Weizmann Institute of Science in Rehovot, Israel in 1967. They fell in love quickly and married within a year. Their partnership in science and life endured for her remaining 55 years. They were known for spending all of their time together, running their side-by-side labs, hosting meals for family and colleagues, donning fabulous halloween costumes, and always being the last ones on the dance floor.

Shoshana served in the Israeli Defense Forces from 1957-59. She earned her BS in Biology in 1963 from Tel Aviv University, an MS in 1965 in Biology from the Weizmann Institute of Science, and a PhD in Biochemistry from Tufts University in 1970. She served as a Research Professor of Medicine in the Oncology Division at Stanford University from 1994-2022. She authored more than 130 scientific publications.

As a scientist, she is best known for her discovery of tetraspanins, a family of cell surface proteins that play an important role in cancer metastasis and the immune system. She founded an international scientific meeting on tetraspanins in 2000 and, in doing so, opened a new field of research. Ironically, she presented her latest findings on cancer metastasis at this very meeting in Prague last month, when, unbeknownst to her, cancer had already metastasized in her own body. Colleagues around the globe describe her as a generous collaborator, always willing to share reagents and cell lines. Throughout her career, she inspired many young scientists and was a strong advocate for women in science. A dedicated scientist to the end, she conducted her final lab meeting with her research team by Zoom just two days before she died.

Shoshana was passionate about her family. While working full time, she had three daughters, and believed in raising strong women. In addition to her own children, many of her daughters’ friends and trainees describe her as a maternal figure and an inspiration. She wrote poems for each of her daughters’ weddings. She put love into carefully crafted meals. Her insistence on eating dinner as a family every night brought her children together, and carries on in the next generation. She loved spending time with her six grandchildren, both at home and during family vacations. When observing her offspring, she would often marvel, “We did something right.”

She had a deep appreciation for nature and biology, and loved spending time outdoors. She and Ron were eco-travel enthusiasts. Just a few months before her death she stood on a sandbar alongside brown bears in the Katmai Peninsula of Alaska. She enjoyed opera and symphony, and held season tickets to both. She was an avid reader, with a particular love for modern Hebrew literature, and participated for decades in a book club, as well as a Hebrew poetry reading group. She walked or biked to work every day, and always insisted on taking the stairs. Shoshana is survived by her husband Ronald Levy (Stanford); her daughter Tali Levy and son-in-law Lee Zimmerman (Oakland), her daughter Naomi Levy and son-in-law Ben Bowyer (Oakland), and her daughter Karen Levy and son-in-law Berry Brosi (Seattle); her six grandchildren Kiva and Ilana Zimmerman, Devon and Sophie Bowyer, and Aviva and Zuria Brosi; and her sisters Margalit Yosifon (Rosh Ha’ayin, Israel) and Hanna Granot (Kfar Saba, Israel). 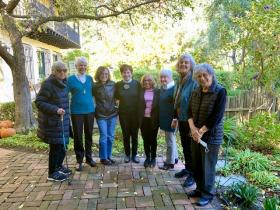 Remembrances
1 entry Submit a remembrance
From Diane Feldman
Nov. 18, 2022
Shosh with her book club friends
Memorial service
A memorial service will be held in the Sanctuary at Congregation Beth Am (26790 Arastradero Road, Los Altos Hills, CA 94022) at 10am on Sunday, Nov. 20. Please take a rapid covid test before attending. If you cannot attend in person, you can access the service via live-stream here: https://www.betham.org/streaming. A burial at Skylawn Cemetery (Hwy 92 at Skyline Blvd, San Mateo, CA 94402) will follow at 12pm. Please park in the main parking lot and walk to the Gan Hazikaron section. Closer parking will be available for those who need it.
Make a donation
In lieu of flowers, donations in memory of Shoshana Levy can be made to The Society for the Protection of Nature in Israel or to the Association for Women in Science.
About this site     Contact us