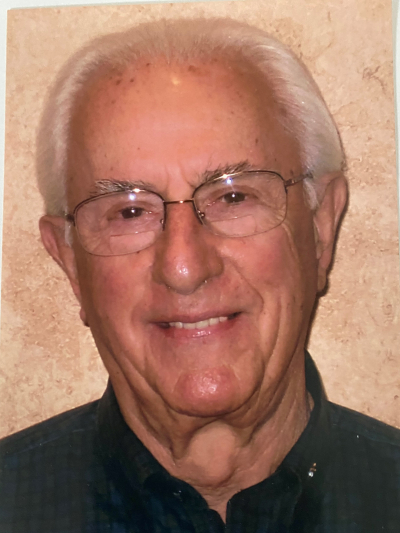 Richard (Dick) Hafenrichter passed away peacefully on November 10, 2022 at The Pines, assisted living in Rocklin, CA. He was 92 years old. Born December 17, 1929 to Dr. Atlee and Irene Hafenrichter, Dick was born and raised in Pullman, Washington, along with his younger brother Gordon (who passed March 2022) he grew up in the area through 7th grade. His family moved to Portland, Oregon where he resided through high school and then attended Oregon State University until graduation. After college, Dick joined the Air Force and became a jet fighter pilot. This was during the Korean War and he remained in the service for 5 years. During this time, he was stationed in Japan, Tinker AFB, Oklahoma and Bangor, Maine.

Upon completion of military duty, Dick returned to Portland and worked for IBM. Soon recognizing that IBM was not a fit for him, in 1958 he opened his own office equipment business in Sacramento, selling up and down the San Joaquin and Central Valley of California. Primary accounts were the State of California and the US Federal Government.

He met his wife Helen Marshall, married in 1960 and had two daughters, Karen and Lisa. Helen passed in 1986. TAB Products Co, a large national business products company, approached Dick to become its National Sales Manager, a position which is accepted and he then sold his business to them. In 1970, he moved his family to Menlo Park and stayed with TAB for another 22 years until his first retirement.

Dick became involved in the project Angel Flight, where he would arrive at local private airports or SFO, to transported families and sick children needing surgery to the Ronald McDonald House at Stanford.

Dick then joined the Stanford Athletics Department supervising their guest services staff for athletic events as well as other events. He spent 10 years with Stanford finally retiring for good.

While living in the Bay Area, he joined Kiwanis in 1994, serving as the President of the Menlo Park Club and then became the Distinguished Lt. Governor of District 34, a position he thoroughly enjoyed.

In 2008, Dick moved to Lincoln Hills, (Del Webb-Sun City) and first joined the Rocklin Club of Kiwanis and then in 2011 joined the Lincoln Club. He loved the clubs and loved organizing projects. He worked on the fishing derby, See's Candy sales, and assisted in helping when needed.

During his life he has always and continued to love sports and was a diehard 49ers and SF Giants fan! He also loved to go bass fishing. He has traveled the world, driving the Alcan Highway to Alaska, three visits to Ireland, Scotland and England, seven trips to Hawaii, three Caribbean cruises, a trip to France and Germany and most memorable, two 30 day trips to Africa with a wild animal photographer.

Dick is survived by his oldest daughter Karen Hafenrichter, youngest daughter Lisa Cortopassi (Tom) and his grand-daughters, Nicole and Paige.

Thank you "Dad", "Papa", "Dad H", not just for your military service, but for your dedication to your family, Kiwanis and the community. We are going to continue your legacy in volunteer work that you have set as an example for us to live our lives by.

Photo Gallery
0 photos Upload a photo
Remembrances
1 entry Submit a remembrance
From Margo Ritter
Nov. 29, 2022
Dick was a Dear Friend from many years ago. He loved his Volunteer work and especially his Family who he was so proud of. Fondly Margo Ritter
Memorial service
At his request, a private service will be held at the National Cemetery in Dixon for his family.
About this site     Contact us