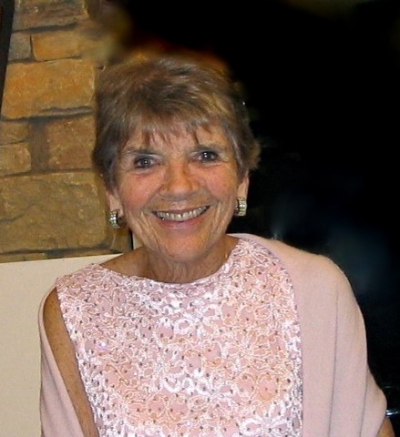 Marjorie Sutherland Hausmann died peacefully on April 8, 2021 surrounded by her family. Marge was born on June 18, 1925 in Portland, OR to William and Helen Sutherland. She and her 2 siblings spent most of their childhood in Portland. She graduated from Grant High School and Oregon State University where she was a Home Economics major. At OSU, she was proud to be a member of the Kappa Kappa Gamma sorority and the Mortar Board Honor Society which provided her with life-long friendships. After graduation, she moved to San Francisco where she worked for Shell Oil Company and where she met her husband, Robert (Bob) Hausmann. They were married in Palo Alto in 1953 and moved to Los Altos to start their family. In 1962 they moved to Portola Valley where they raised their 4 children. In 2005, after selling the family home, she moved to the Vi at Palo Alto.

Marge was known to all for her generous and positive spirit, always putting others first and her warm welcoming smile. She was a devoted and loving mom. Whether coaching a sports team, teaching cooking in 4H, helping in the classroom or driving on countless field trips, she was always involved. She was also a wonderful Nani to her 3 grandchildren, whom she adored. She was their #1 fan and could always be found at their school and sporting events cheering them on. Family was everything to her and she would gather family and friends for any occasion. She was an excellent baker and her snickerdoodle cookies were an all- time favorite at any gathering!

Marge had numerous interests and was always willing to try something new. She was active in bowling, golf and tennis leagues as well as her hiking groups. The “walkie talkies” could often be seen hiking the many trails of Portola Valley. She loved to travel and saw much of the world, primarily with her children and her sister. She enjoyed the opera and symphony and attended many performances. She was an avid volunteer and was involved with Allied Arts Auxiliary, Lucille Packard Children’s Hospital, Filoli Historical House & Garden and Lively Arts at Stanford. She enjoyed gardening- especially tending to her beautiful roses. In her later years, she read constantly and played bridge almost daily. An avid sports fan, she was particularly drawn to the Giants and the Warriors. She loved being a “gamer babe” and at the age of 87 attended the Giants Spring Training in Scottsdale, AZ crossing that off her bucket list!

More than anything, she loved her family very much. There was never a day they didn’t know that. She is survived by her four children, Robert Hausmann, Sue (Mike) Davison, Mary (Rob) Levander and John (Eileen) Hausmann as well as her 3 grandchildren Kristen, Melissa and Matthew Davison.

She is preceded in death by her husband, Bob, her sister Helen Jean Sutherland, and brother William Alan Sutherland.

Photo Gallery
0 photos Upload a photo
Remembrances
0 entries Submit a remembrance
Make a donation
Donations in her memory can be made to: Lucille Packard Children's Auxiliary, https://bit.ly/2Qu5FCf Or Windy Hill Open Space Preserve: www.openspace.org/preserves/windy-hill
About this site     Contact us