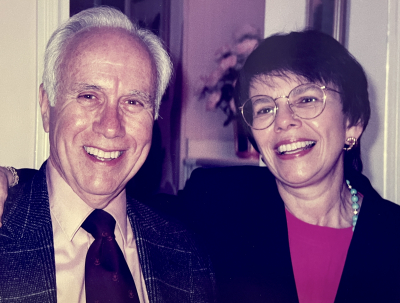 Marcia Swiren Edelstein, long-time Palo Alto resident, passed in her sleep on July 4th in Mount Dora, Florida. She was 88. Marcia grew up in the Chicago area with her sister Paula, mother Reba Kovenock and father Max Swiren, a widely known corporate lawyer. Marcia graduated high school early, earned a bachelor’s from the University of Chicago, and entered law school there before leaving to marry the love of her life, Jack Edelstein. In 1965 they moved to Palo Alto, where Jack established one of the first child psychiatry practices in the south peninsula. Marcia ran the household and later worked as a transcriptionist. She was brilliant and creative. She loved her many close friends, folk music, Jewish culture, Yosemite, the arts and Boston terriers. In 2016 she moved to Florida to be near family, though Palo Alto was always home. She is survived by Paula, sons Mark, Scott and Peter, six grandchildren and a great grandchild.