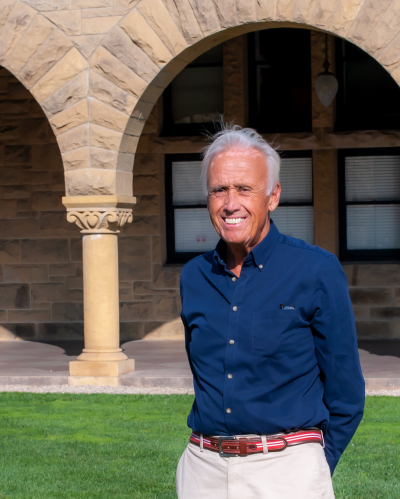 Hans Steiner, M.D. of Palo Alto passed away on October 17, 2022, in hospice at home. His family was with him. Hans is survived by his wife of 55 years, Judith, and their three children, Remy, Hans-Christoph (Rivka), and Joshua (Tina) as well as his four grandsons, Johann and Eliezer of Vienna and Mateo and Eldon of El Cerrito and his sister, Britta Schmid of Vienna and sister-in-law Susan Harrison of Florida. Although Hans had been suffering from multiple illnesses, his death seemed quite sudden. A native of his much-loved Austria, Hans studied medicine at the University of Vienna. After completing an internship there, he did a second internship (required for foreign-born doctors) at Upstate Medical Center, SUNY at Syracuse, and stayed there for 2 more years for psychiatry training. The faculty there tried their best to convince him to stay in Syracuse by showing him the lovely 19th-century houses he would be able to buy there. But he moved on to his child psychiatry residency at U. of M. in Ann Arbor. They also tried to recruit him, but Judith strongly encouraged him to move West, the Bay Area in particular. Hans came to Palo Alto in 1978 to take up a position in the Department of Psychiatry and Behavior Sciences at Stanford University where he and Iris Litt, M.D. established an eating disorders program. For a while, he was Training Director, a role he loved. He received nine commendations from the American College of Child Psychiatry for his successes in hiring and supporting underrepresented groups in the Med School. As a clinician, Hans saw scores of patients, mostly adolescents. After several years of consulting at the California Youth Authority, he was considered one of the nation's foremost experts on treating teenagers with violent behavior. As a Professor, he taught hundreds of med students, grad and undergrad students, medical trainees, and student-athletes. He devised and taught "Your Hidden Mind" to students and to adults in Stanford's Continuing Education Program. A sought-after mentor and many psychiatrists report that it was his inspiration and confidence in them that got them where they are today. When he became emeritus he founded Pegasus Physician Writers at Stanford, a writing group that encourages physicians to write creatively, believing we have much to learn from their experiences. Hans wrote all the time, publishing hundreds of scientific papers and 20 textbooks. Hans was an exuberant spirit who loved people. He chatted with waiters as well as celebrities he saw. He liked reading, music, tennis, skiing, biking, and his Porsche and he enjoyed the parties and travel Judith planned. He loved Vienna and the rest of Austria. He was a loyal, devoted husband and friend. He was immensely proud of his three children. He encouraged his daughter Remy's shared love of art, and his sons Chris' shared love of Vienna and Josh's shared love of music.

Photo Gallery
0 photos Upload a photo
Remembrances
1 entry Submit a remembrance
From Prof. Daniel Schechter
Jan. 25, 2023
Just discovered that Hans passed away. He was such an inspiration and model! Sad to hear about his passing yet glad to have known him and learned from him at AACAP and the APA.
Memorial service
A Celebration of Life will be held on January 7, 2023, at the Frances C. Arrillaga Alumni Center at Stanford
Make a donation
Donations in memory of Hans can be made to the Pegasus Physician Writers: “In memory of Hans Steiner, for the Pegasus Program in Psychiatry (GHEGT)” and mailed to: Medical Center Development 485 Broadway, 4th Floor, Redwood City, CA 94063 or Hidden Villa 26870 Moody Road Los Altos Hills, CA 94022
About this site     Contact us