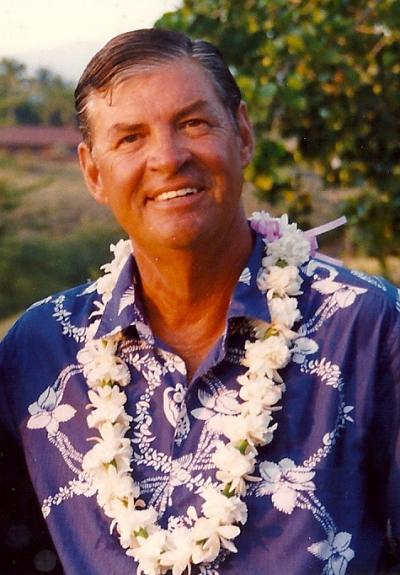 David Harry Osborne passed away on July 7, 2022 at the age of 85. He was born in San Francisco on December 23, 1936 to Ramona Whitfield and David Harry Osborne, Jr. Raised in San Francisco, he went to Lincoln High School where he was a basketball stand out and earned All City, which led him to the University of California, Berkeley on a basketball scholarship. He was in the Class of 1959—the year Cal’s basketball team went to the NCAA finals and won the National championship under coach Pete Newell. Dave had developed a bad knee and sadly did not play with the team in the year of that historic game. Dave loved Cal—and cherished the many friends he made at Berkeley. He went on to be a big supporter of the University. He joined the University of California, Berkeley Foundation Board of Trustees in 1983 and served as the Chair of the Board during the “Keeping the Promise” campaign from 1987-89. He served 2 terms as Advisory Trustee from 1991-97 and also chaired the Foundation’s Investment Committee. He received the Wheeler Oak Meritorious Award in 1990 and the Chancellor’s award in 1993. Along the way he was President of the San Francisco Grid Club which supports Cal football. In addition to his dedication to Cal, he was on the Board of Trustees at Menlo School, in Menlo Park from 1984-1993. Prior to the 1984 Summer Olympics in Los Angeles, he was the Northern California fundraising Chairman for the U.S. Olympic Committee. The whole family packed up and went to the ’84 Olympic Games for two wonderful weeks. He married his wife of 57 years—Phyrne McKennan in 1965. They have 3 children: Peter (Janet); Wendy (Ivan) and David (Beth); 5 grandchildren: Pete, Nick (Monique), Jack, Charlie and Mary Jane; 4 great grandchildren: Annabelle, Maddie, Joe & Charlie. sister-in-law Gail Cronan and several nieces and nephews. Dave joined Salomon Brothers in 1966, moving the family to Los Angeles in 1967 to run the office there. He became a General Partner of the firm in 1972. The family returned to San Francisco in 1974 and made their home in Woodside. Dave was with Salomon Brothers until its merger in 1981. Later he was a Managing Director with Bechtel Investments (now the Fremont Group) until he retired. Dave loved his friends and had a passion for golf. He was a longtime member of the San Francisco Golf Club, The Bohemian Club, and the Menlo Country Club. He and Phyrne had a second home on the Big Island in Hawaii at the Mauna Kea—which provided many wonderful family gatherings over 28 years. Hawaii, and friends made there, were very special to Dave. He and Phyrne are former members of Nanea Golf Club on the Big Island. The “151’ Golf tournament brought many of their friends together for over 35 years. Dave was a very loved husband, dad, grandpa, great grandpa and uncle. The family wants to thank his dedicated caregivers from the last few years: Malina Kama & Anne Vao. A celebration of Dave’s life will be held at a future date at the San Francisco Golf Club. In lieu of flowers, any donation to the U.C., Berkeley Foundation/Cal Athletics Fund, 1995 University Avenue, Suite 400, Berkeley, CA 94704 in Dave’s honor would be welcome.

Photo Gallery
0 photos Upload a photo
Remembrances
0 entries Submit a remembrance
Memorial service
A celebration of life will be scheduled at a later time.
Make a donation
In lieu of flowers, any donation to the U.C., Berkeley Foundation/Cal Athletics Fund, 1995 University Avenue, Suite 400, Berkeley, CA 94704 in Dave’s honor would be welcome.
About this site     Contact us