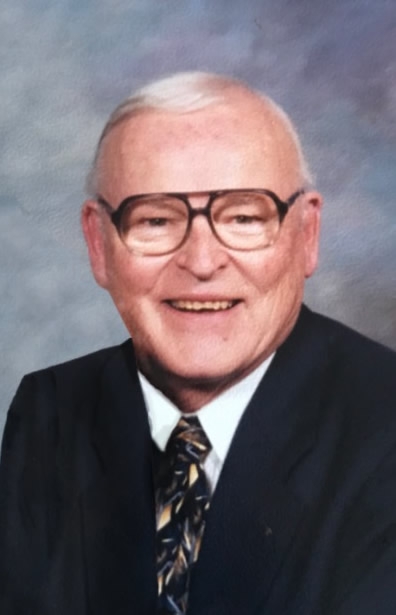 Arlen James Hagen died May 2, 2021. He was born in Rockford, Ill., of Mata and Fred J. Hagen on March 25, 1928. Raised and educated in parochial schools of Rockford -- before serving with the U.S. Army in Korea and Japan -- he garnered his B.S. and M.S. degrees at the University of Illinois. Post-graduate credits were earned at the University of Colorado, Boulder; the University of California, Berkeley; and San Jose State University.

In 1957 he married Mary Lee Bradley of Oklahoma City, Okla., and taught secondary school physics, chemistry and mathematics for 33 years -- 27 of them in Palo Alto, Calif. -- at Palo Alto and H.M. Gunn high schools. Retiring in 1989, he worked for the St. Thomas Aquinas Catholic Parish in Palo Alto, earned a Master Gardener certificate from the University of California and founded a quarter-acre Pastoral Garden, which he continued to maintain until his death.

He is preceded in death by his parents, his only sibling, brother Trenton Thomas (1935) and his wife of nearly 57 years (2015). Burial will be at the St. James Catholic Cemetery in Belvidere, Ill.

Photo Gallery
0 photos Upload a photo
Remembrances
0 entries Submit a remembrance
Memorial service
A celebration of life memorial mass is scheduled for 11:15 a.m. on Saturday, May 22 at St. Albert the Great Church, 1095 Channing Ave., Palo Alto.
About this site     Contact us