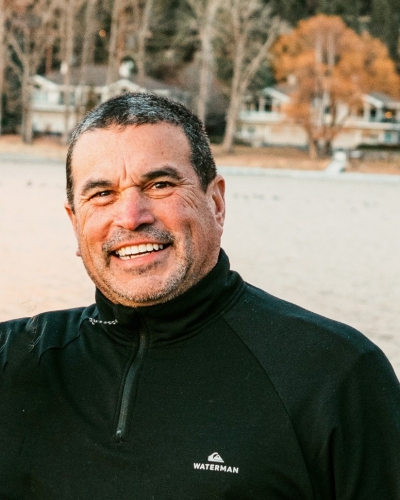 Antonio Javier Espinosa passed away unexpectedly on April 8, 2021 in Spokane, Washington surrounded by his loving wife, Petrice, and children.

Tony was born to Jorge Espinosa and Mary Esther Espinosa in Los Angeles, California on February 20, 1961. His siblings, Monica, Marina and Alejandro, quickly followed. After a short time living in Ensenada, Mexico, Mary and her children settled in the California Central Valley and eventually San Jose.

As a student/athlete at the University of California-Davis, Tony graduated with a BS degree in Electrical Engineering, an MS degree in Electrical Engineering and an MBA degree. Later, he attended the Stanford Executive Program (SEP) at the Stanford University Graduate School of Business. Tony was a serial entrepreneur who held senior executive positions at several technology companies during his career. Most recently, he was the CEO & Founder of Corlina, Inc.

Undoubtedly, Tony greatest success and pride was his family. Tony and Petrice met in 1992 in San Francisco and married in 1994 in Carmel, California. Their 3-week adventure honeymoon in New Zealand, where they hiked the Milford Track, was the launch of a 26-year marriage built on undying love and respect for one another. Their first child, Montera Christiana, was born in 1998, followed by Luca Corrado in 2000 and Carolina Bergen in 2003. These children were Tony’s pride and joy.

Tony will be remembered for his big heart and his fierce loyalty to those he cared about. He was a man of great character and he will be deeply, deeply missed.

Photo Gallery
0 photos Upload a photo
Remembrances
0 entries Submit a remembrance
Memorial service
A service will be held in California at an appropriate time when we are able to gather.
About this site     Contact us