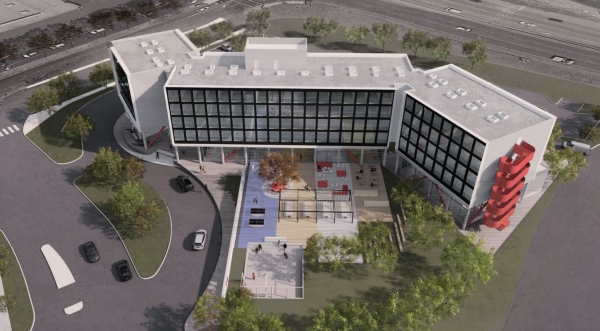 A rendering of the citizenM hotel proposed on Facebook property at the corner of Chilco Street (rear left) and Bayfront Expressway (rear right) along the city's Bay side. Rendering courtesy of citizenM /Gensler/city of Menlo Park.