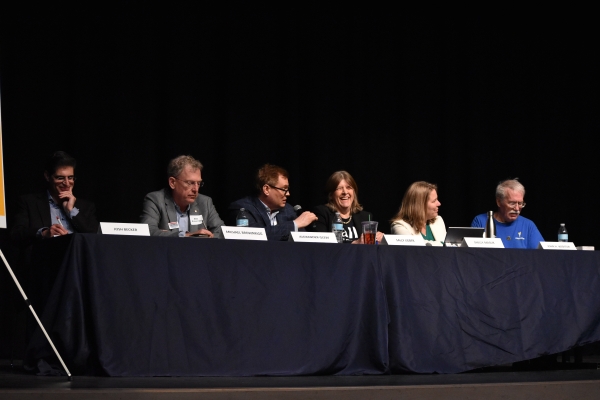 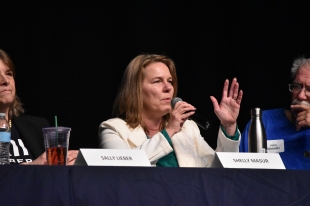 Well, let’s look at who is in the pockets of the unions next and will obviously bend over backwards for them.....,

Report Objectionable Content
Email Town Square Moderator
27 people like this
Posted by tax cuts for the wealthy
a resident of Menlo Park: The Willows
on Feb 12, 2020 at 6:20 am

The last 20 years have been all about tax cuts for the rich. How about that massive cap gains tax under Bush? Go further - how about the massive property tax cuts for large landowners, they ones collecting rent for thousands of units or the large commercial landowners?

Time for them to pay for the infrastructure that they and their companies use.

Go John Webster! It's such a breath of fresh air to see someone taking a stand against the wild, unprincipled growth of Californian government power.

He's right. Government isn't here to ban the bad and enforce the good—that's the thinking that gets us the nanny state we live in today, and it's a total blank-out of the fact that whatever government does, it does at the point of a gun, with threat of force. The government's legitimate scope is to protect our natural rights—to our lives, to freedom of action, and to our property. Providing an education—or health care, or a job, home, or food— isn't within that scope.

Leave it to free individuals to decide how to educate themselves—including how best to pay for it. We care about our kids. This isn't a problem that requires the use of force to solve.

Report Objectionable Content
Email Town Square Moderator
22 people like this
Posted by Cultists On The Loose Again
a resident of another community
on Feb 12, 2020 at 5:54 pm

Oh dear -- someone actually *wants* to live in Thomas Hobbes' state of man in nature.

Guess what, sport? I hear that Somalia would be perfect for you. You know, no pesky government to get in the way of any and all of your desires...

To "Cultists On the Loose Again":

You must be confused. I can't speak for John Webster, but I'm not an anarchist. The government certainly has a legitimate and irreplaceable role: to protect individual rights and remove the threat of physical force from interactions between people. Nothing more, and nothing less. Society without that kind of government would be even more tribal and thug-like than even the Democrats and Republicans both are today.

I can understand the confusion though. These days anyone who has a principled understanding of what the government's role is—rather than wielding the government as a weapon against those they disagree with—certainly must seem like an anarchist by comparison.

Report Objectionable Content
Email Town Square Moderator
20 people like this
Posted by Cultists On The Loose Again
a resident of another community
on Feb 12, 2020 at 6:29 pm

Nice try, sport. But in actuality, you *ARE* an anarchist. No one with a rational frame of mind advocates for anything like what you propose here.

Try reading up on what government is meant to accomplish, instead of the intellectual sludge you seem to have consumed all this time.

To "Cultists On The Loose Again:"

You might try understanding those you disagree with before attacking them. I'm a constitutional attorney with 20 prior years of teaching political philosophy. I'm pretty well aware of our government is meant to accomplish—and what it's actually permitted, by law, to "accomplish." It's a lot narrower than you probably think, "sport."

For those actually interested in a principled understanding of these issues, stop reading comments on the Internet and try reading a book like this: Web Link

Report Objectionable Content
Email Town Square Moderator
20 people like this
Posted by Cultists On The Loose Again
a resident of another community
on Feb 12, 2020 at 6:46 pm

2) C. Bradley Thompson? Seriously? If that is what you consider worthy reading, you are a truly sorry specimen.

Report Objectionable Content
Email Town Square Moderator
10 people like this
Posted by tax cuts for the wealthy
a resident of Menlo Park: The Willows
on Feb 12, 2020 at 7:02 pm

ahhhh, the Cato boys are popping back up. Funny how a TRILLION dollar tax cut for billionaires and corporations isn't enough for libertarians, eh?

Large landowners paying 70's era property tax bills in 2020 is just your cup of tea. Y'all like free markets - how can a new company compete when the buy land and have a massive tax bill compared to the company next door which pays virtually nothing because they've sat on it for 40 years?

Repeal the corporate loopholes in Prop 13. Leave the residential alone.


Report Objectionable Content
Email Town Square Moderator
23 people like this
Posted by LottieDa
a resident of Menlo Park: Downtown
on Feb 14, 2020 at 9:52 am

i was there and Webster and Glew were out of their league when it came to the reality of early childhood education. Young children are our some of our most vulnerable citizens, they have no power. In a libertarian system their needs for quality early education would be nonexistent unless their families had tons of money. What does Webster think would become of those young children as they grow older without that foundation? And Glew plans for permits and education of early childhood educators was laughable and showed he had no idea what it takes to be an educator of young children. The other three candidates had ideas were rooted in reality and showed they had done their homework on the topic. As a preschool teacher I am thankful to have had a chance to hear the candidates speak on the topic I’ve made my life’s work.

Report Objectionable Content
Email Town Square Moderator
7 people like this
Posted by Cultists On The Loose Again
a resident of another community
on Feb 14, 2020 at 12:35 pm

@LottieDa -- If you read about John Webster's views on child pornography, you would know what sort of future he has in mind for today's children (that view being reinforced for what he was accused of saying when he was arrested in 1990...)