Man with gun, meth arrested at Woodside Park and Ride 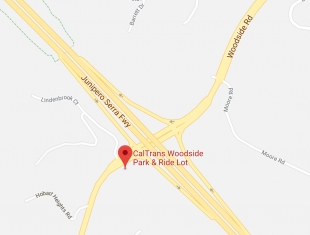 The Woodside Park and Ride, located past the intersection of Woodside Road and I-280. (Map courtesy of Google Maps.)