Menlo Park: District 4 may have four contenders for council seat 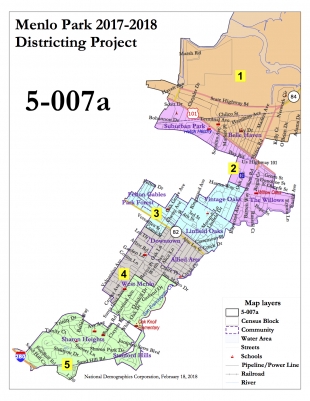 A map of Menlo Park's new five election districts. The city has switched to district elections in response to a lawsuit threat alleging that its at-large election system was a violation of the California Voting Rights Act because it made it harder for minority voters to elect their preferred candidates. This year, elections will be held for Districts 1, 2 and 4. (Map courtesy city of Menlo Park.)