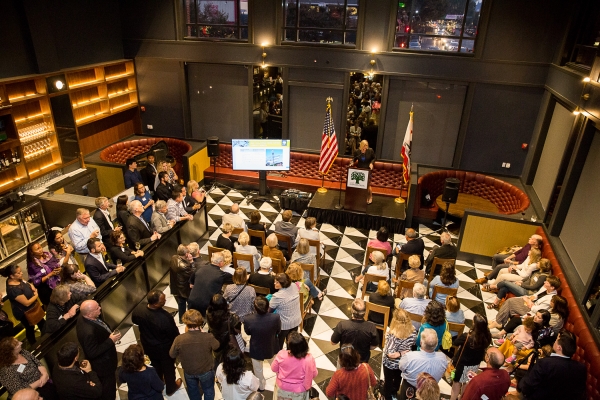 Menlo Park's State of the City event filled the house at the British Bankers Club restaurant on Oct. 12. (Photo by Michelle Le/The Almanac.) 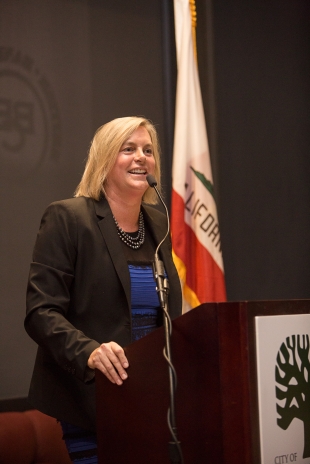 Mayor Kirsten Keith gives the State of the City speech at the British Bankers Club restaurant on Oct. 12. (Photo by Michelle Le/The Almanac.)

Maybe it's me, but a status of the city address and free beer and wine -- this seems inappropriate.

Typically, a governor delivers one at the state capital and the president in the Capitol. What was wrong with the city council chambers?

Additionally, I wouldn't call the bike lane on Oak Grove an accomplishment -- it completely reconfigured driving, eliminated parking and added confusion for drivers.