Outlines of coffee cups with the company's trademark bright-blue bottle image recently appeared on scaffolding covering a space next to the new Jeffrey clothing store, on the El Camino Real side of the shopping center.

A Blue Bottle spokesperson confirmed the new location but declined to share further details. The opening is "still quite a ways out," the spokesperson said. 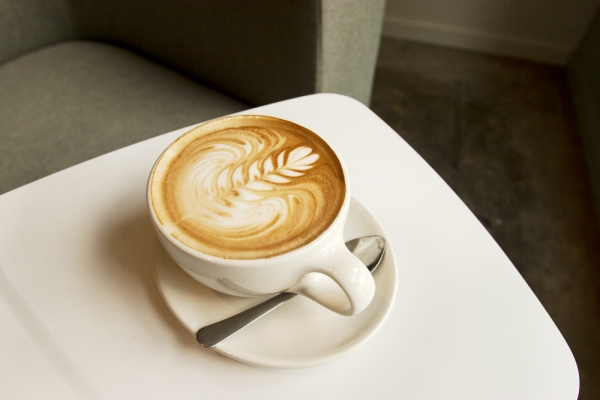 Blue Bottle got its start in Oakland in 2002 and has since expanded beyond the Bay Area with dozens of locations on the West and East coasts as well as in Japan. The company announced this week plans to open a new location in Seoul, South Korea in 2019. Last year, Nestlé reportedly paid as much as $500 million to acquire a 68 percent stake in Blue Bottle.

The Stanford Shopping Center Blue Bottle will join a cafe nearby that opened inside the historic Varsity Theatre in downtown Palo Alto in 2015 — Blue Bottle's first Peninsula location. That cafe serves espresso, blend and single-origin coffees as well as breakfast and lunch.

Stay tuned on more details on the forthcoming Blue Bottle as they become available.