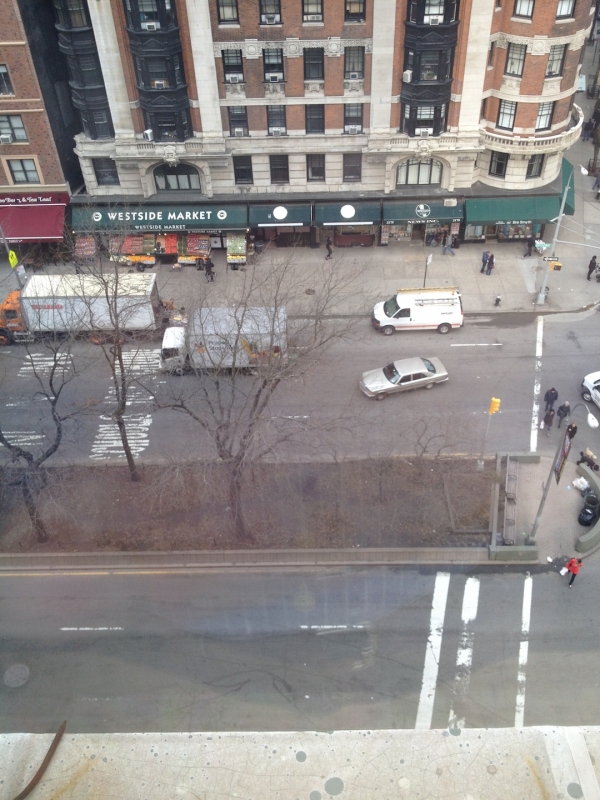 I write this paragraph from 77th and Broadway. Looking out the window I see a great urban example: 3 traffic lanes in each direction, green median, 25+ feet of sidewalks with services such as a market. Four tracks of the IRT #1 subway line are hidden under the roadbed. This is not El Camino, nor the Specific Plan.

A council member once remarked that the MP council is composed of five very smart people who collectively make stupid decisions. I think that aptly describes one reason for the frustrations with the city we sometimes encounter.

If I never heard of Save Menlo, what would I think of the downtown/El Camino plan? I want to see improvement along El Camino and Santa Cruz Avenue. I'd like the negative impacts of whatever is built to be minimal ? but enhance other aspects in return. For example, I expect projects to provide their own parking and not rely on residential streets on either side of CalTrain tracks.

Infrastructure is also a concern. When the Stanford Park Hotel was built, the sanitary sewer system was already at capacity and the hotel was required to build cisterns for holding sewage during the day, subsequently pumping it out into the sewer system at night while we slept. Can existing infrastructure accommodate the proposed office buildings? Will residents be asked to pay for new sewer lines?

The reactions to the pending signature drive and ballot measure have been predictable . Some commentators consider the plan cast in stone, sacrosanct, everyone had a chance to comment, end of discussion.

Arguing that 5 years of process and public hearings produces an infallible zoning result and that the time to talk is closed is childish. That is not reality. Our society constantly revisits established principles and plans, whether they pertain to patents or urban design. Consumer products is another example: the Tesla Model S has won numerous automotive awards. Yet a friend bought one several months ago and endured numerous problems before being given a replacement. Tesla wisely did not insist that all their cars were perfect; they recognized the flaws and focused on satisfying the customer.

Arguing that the proposed ballot measure is 'untested' doesn't hold water: the ballot measure emerged after the untested downtown/El Camino plan was deployed and its flaws appeared.

The current plan's Alice-In-Wonderland definition of open space is insulting to residents. The definition includes porches and rooftops, not in anyone's vision, especially for those of us accustomed to the ample open spaces of 1010 El Camino (Borrone and Kepler's retail). That definition to me appears to be a gratuitous give-away that immediately translates into more rentable area and less vitality The Planning commission and council should be sensitive to the difference between profit and 'giving and inch and taking a foot.' It's this sort of seemingly minor limitation that raises hackles. What other giveaways remain to be discovered?

The initiative gives the residents a chance to take a deeper look at plan details, and to ask the planning commission and council about the rationale for supporting a plan that, on its surface, appears contrary to the visions proferred. That is why I support the signature drive to place the initiative on the November ballot. If the miniumum signatures are gathered, hopefully the council will step back and review the ordinance before heading to the polls.