View all posts from Steve Levy

Offices Do Not Create Jobs

Uploaded: Jun 11, 2021
Companies and entrepreneurs create jobs. Offices provide space for some of these jobs but do not create them.

The first is that office development is more attractive than housing. This can be true if the offices are filled quickly, rents remain high and cities do not allow sufficient incentives to make housing equally profitable. In cities that allow more height and density, including medium sized cities, there are new large and I assume profitable housing proposals.

Right now, the Valley and Palo Alto have large office vacancies, actual rents are being reduced in many cases and remote work will leave some if not many office buildings with too much space.

There is always some incentive to build “more attractive” office space and entice existing companies to move. HP and Palantir have reduced or eliminated office holdings in PA but that does not mean they reduced the number of jobs. Companies are moving all the time to better or cheaper space but that just leaves existing buildings emptier (musical chairs so to speak) unless new jobs are created.


In our area most office job growth is in tech and in larger companies like Facebook, Apple and Google. However, these companies are building their own new space thus sharply limiting the market for new office jobs for spec buildings.

California and Silicon Valley are expected to post strong job growth in the next 24 months. But most of that will be recovering jobs lost during the pandemic. After that, job growth will slow in the nation, state and region as labor force growth slows as a result of retirements. Growth will be even less unless the country boosts immigration levels substantially.

Putting all these factors together I am skeptical that the market for office space that adds jobs will be very strong and expect many of the office proposals to be scaled back or withdrawn. So I am skeptical that the allegation that office space is more attractive than housing will have much meaning, especially 1) since much new office jobs will be housed in company developed offices and 2) cities can make housing more attractive any time they wish.

The second “fact” alleges is that many office proposals will “create” more jobs than housing.

This is totally false if the space is occupied by companies moving from other space in the region. And it is also false to the extent that the office space goes unfilled for all the reasons state above that offices do not create jobs and office job growth outside of large company-built space will not be large going forward.

Many cities are negotiating with mixed use development proposers to raise the amount of housing and curtail the amount of new office space. Cities should always negotiate in this manner as long as it respects financial feasibility. And as the demand for housing strengthens and existing office space remain ns vacant, cities like Redwood City, Mountain View and San Jose are finding success in altering the mix of new housing and office space. I think it is a good model.

+  Like this comment
Posted by Bystander, a resident of Another Palo Alto neighborhood,
on Jun 11, 2021 at 6:51 pm
Bystander is a registered user.


Many of the big companies around were started in garages, in dorm rooms, in bedrooms (sometimes the guest room) or around the kitchen table. In the past year, they may have started in man caves or she sheds outside in the back yard with unapproved power sources dangling through the yard on extension cords with wifi from a household service.

If and when they get funding, an office and additional staff taken on.

Otherwise, if they fail, they remain in the bedroom, the garage, the shed or the kitchen table.


Once again, a very embarrassing column from from a deeply disappointing writer. I see you cited exactly zero sources, and did anybody proofread or copy edit this? I've seen better writing from high schoolers.


Further, the unemployment rate has been cut by more than half since its Great Recession peak, 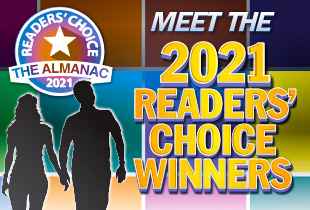 To show appreciation for the local business community, readers voted for their favorite places to eat, shop, work out or spend time with family and friends. The Almanac is proud to unveil this year's Readers' Choice honorees.