The moment Chris Cheeseman stepped foot inside the San Benito House, he was sold.

It was the early spring of 2018; downtown Half Moon Bay was quiet and cool. Cheeseman, a restauranteur based out of Mill Valley, ordered a sandwich on thick, homemade bread from the deli on the property and sat outside in the sun watching the birds chirp. San Benito House wasn't exactly for sale, Cheeseman said, but he managed to work out a deal with current ownership.

It was the details that got Cheeseman: the old growth Redwood that'd been used for the building, the intricacy of the crown molding on the high ceilings upstairs, the history behind the property itself. He restored each upstairs guest room one by one, often staying overnight himself to get the job done.

And then it was gone in a flash. 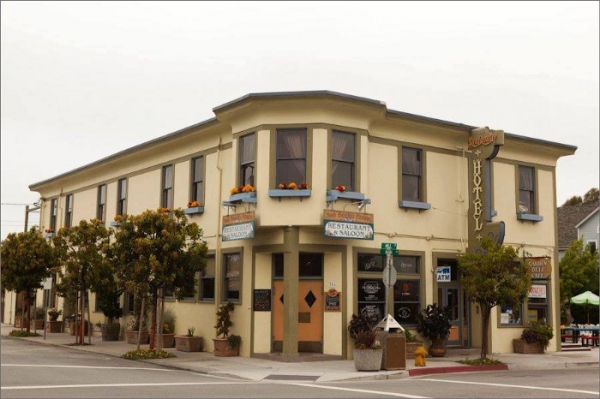 Early in the morning on April 10, a fire spread rapidly from a closet upstairs through the upstairs inn portion of the San Benito House. A staff member spending the night on property heard the property's fire alarm go off and quickly woke up both the inn's guests and the innkeeper on the property. In the end, two guests were rescued from the second floor of the property; the others escaped, along with two dogs. When all was said and done, the entire upstairs of the San Benito House had been taken by smoke or flame. 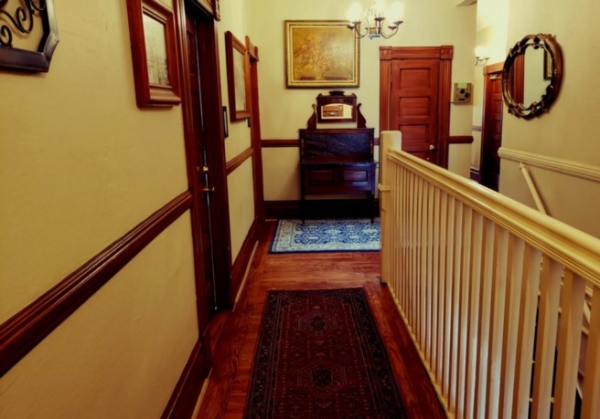 The staff member who woke up the inn's guests was taken to the hospital with heat blistering after using a fire extinguisher to carve a path through the flames, and Cheeseman's house cat, Hemingway, perished in the fire, according to Cheeseman. There were no other injuries, thankfully, he said, but the San Benito House itself is for the time being in a painful kind of limbo.

"I don't know what the upstairs will look like, because they'll have to completely replace everything," Cheeseman, who does not own the building, said. "It all has to go. It's really sad — the place was built with materials you just can't find nowadays."

He does intend to rebuild, but knows it'll be "at least a year" before the hotel is back up and running. 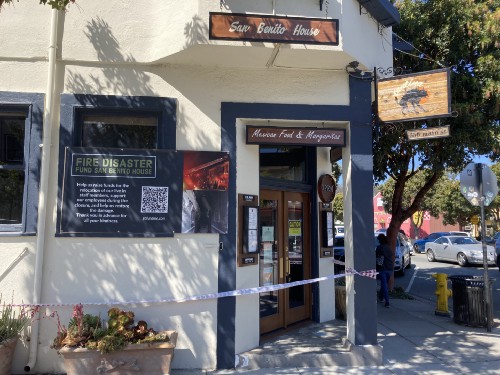 The downtown Half Moon Bay property, currently closed off to the public. Photo by Sarah Klearman.

No one's allowed to step foot on the property for the foreseeable future, Cheeseman said, meaning that the whole of the property must be shuttered for business even though the fire left the downstairs cantina and Garden Deli Cafe untouched. In the meantime, the cantina is closed, and the deli is operating out of Pizza Pie, a restaurant Cheeseman was in the process of opening when the fire struck. Patrons will find the deli's full menu there, alongside pastries and pizza.

Cheeseman has also launched a GoFundMe. The property was "unfortunately underinsured," said Cheeseman, who said he's not much looking to raise money for himself: he wants to reimburse employees and guests for things they lost in the fire, find new housing for a pair of live-in staff members and ensure he can pay members of his team who are now finding themselves essentially out of work.

"If we lose the staff, we lose the business," Cheeseman said grimly. Between the cantina, the inn and the deli, the property employs 42 people, he said. The best way to support the cause is to visit the deli at its new location out of Pizza Pie at 225 Cabrillo Highway S, Unit 206C.

"Come see us at our temporary location — not just for the financial support," he said. "A lot of these deli employees have been here forever. I think it's important (for our staff) to see people, talk with them and feel that connection to the community." 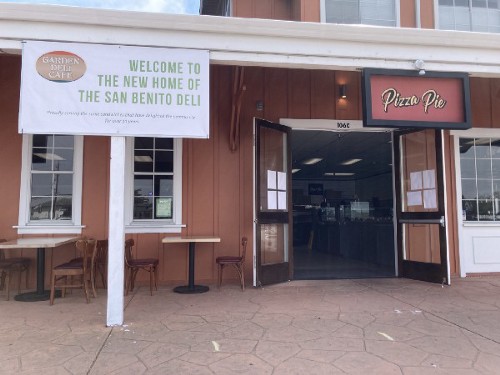 The Garden Deli's new location, inside of Pizza Pie, a restaurant San Benito House owner Chris Cheeseman had been previously planning to open on Cabrillo Highway. The downtown property is closed indefinitely, according to Cheeseman, who does not own the building but says he intends to reopen his business at the downtown property. Photo by Sarah Klearman.

Coping with a tragedy — without coddling ourselves
By Diana Diamond | 9 comments | 4,188 views