About a year ago, I wrote about how our annual family trip to Arata's Pumpkin Farm resulted in a profound disappointment for family members young and old; the beloved, massive hay bale maze and Haunted House were gone. In an effort to get to the bottom of the ghastly disappearance of one of our most beloved traditions, I contacted one of the owners, Chris Gounalakis, for answers. It turned out that San Mateo County officials had decided that too much of Arata's farmland land use was being devoted to amusement park-like attractions and that the farm, therefore, needed to apply for a coastal development permit. Fast forward to this year, and Arata's is back in the spirit; a conditional one-year permit was unanimously approved. The Haunted House, and the all-important Minotaur's Labyrinth haystack maze are back-- "bigger and badder" than ever.

At least for now.

Chris Gounalakis explained that other local farms that have attractions (like jumpy houses, pony rides, etc.) are granted five year permits (at a cost of 12K-15K every five years) while Arata's has had the pay that amount for a single year and remains on probation. As he understands it, the bone of contention is that Arata's allows members of the public to stop in as early as April to check out their extensive farm preparation process (think cleaning, designing the pumpkin "rivers", cornfields and mazes, and planting). "We don't do that to make money," he contends. "We love that people are interested in seeing how we are preparing the crops and tending to the farm. If they want to come see us in the 'off season', we want them to feel welcome to stop by." He adds that many of the other small farms are also open year round.

One other small disappointment: Arata's is not allowed to build small structures like the cornhusk "teepees" that families enjoyed ducking into (for shade or to eat a picnic lunch) or like the hay bale coliseum that "gladiators" did mock-sword fights in as free entertainment for visitors. "We are disappointed we can't provide those to our guests to make their visits more exciting and comfortable," he laments. 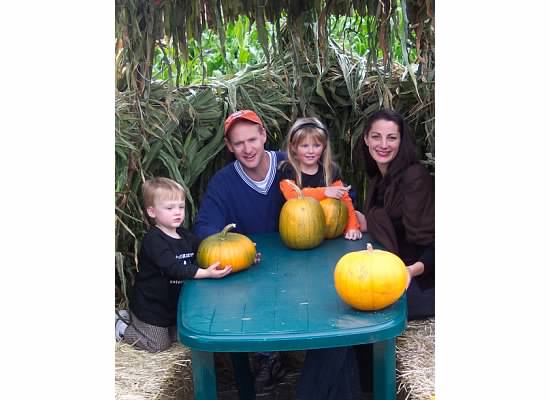 While he is still crossing his fingers that Arata's is taken off probationary status and granted a five-year permit next year, he is thrilled to have the maze back this year. "We've made this one of our toughest?probably the toughest?one yet. It's truly terrific. " He is also excited that Arata's will be open on Saturday's until 11PM; over 150 people armed themselves with flashlights for a moonlit visit to the pumpkin patch last Saturday night.

In talking to Gounalakis, it is abundantly clear that he and his family and farm "team" bleed orange. They feel they are on a mission to share the farm and to make it a part of family traditions and happy memories. "We cater to everyone," he says proudly, "It doesn't matter if they buy nothing or a $100 worth of pumpkins-- we want everyone to just have a great time and have fun." He happily describes recently finding a picture of the farm from 1932 in which pumpkins were on sale for 5 to 10 cents each. "The farm had the first pumpkin stand in San Mateo County," he says. "We are a part of local history. That's priceless."

====
Some of our old family photos document growing up with our Arata's tradition through the years....

(You wouldn't recognize these guys today!) 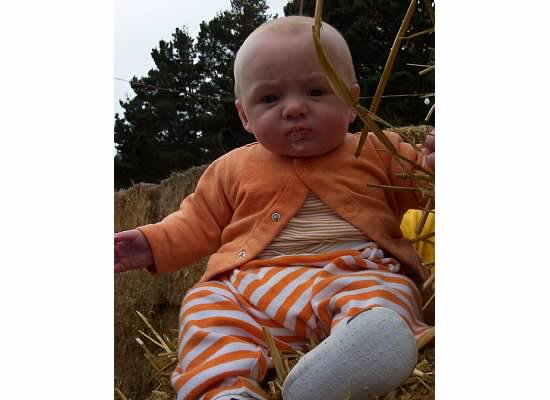 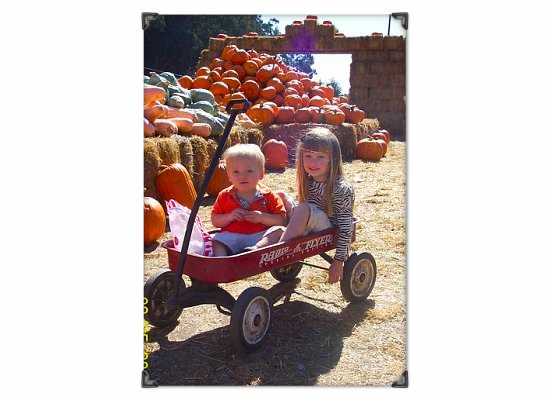 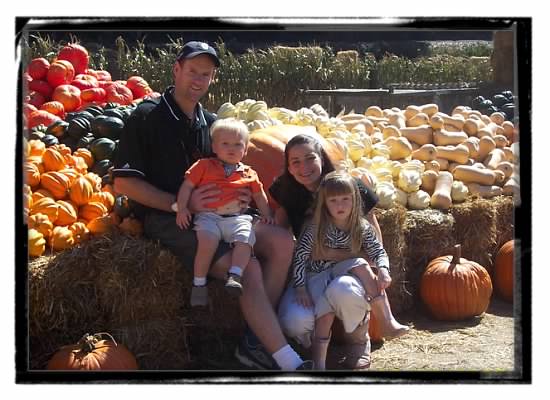 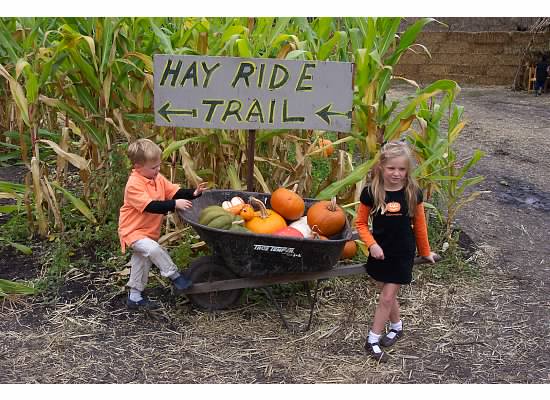 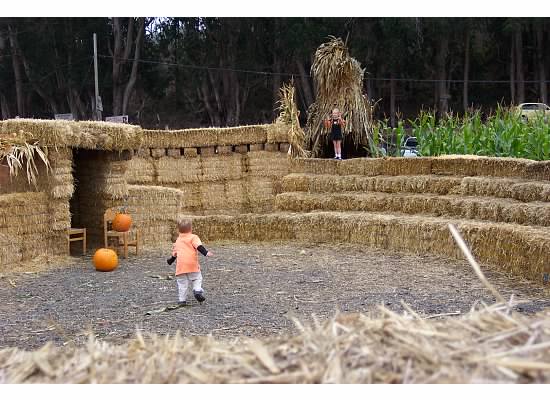 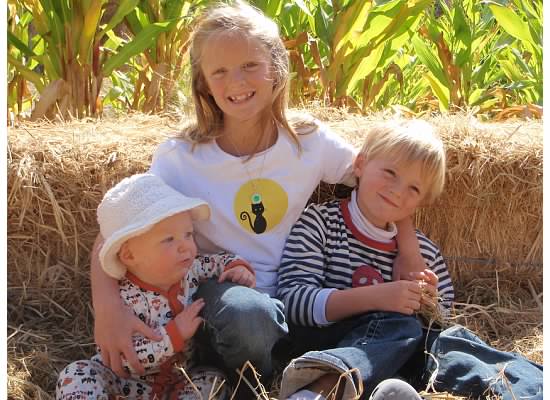 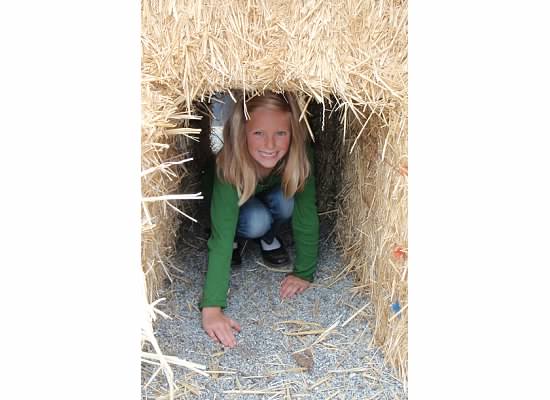 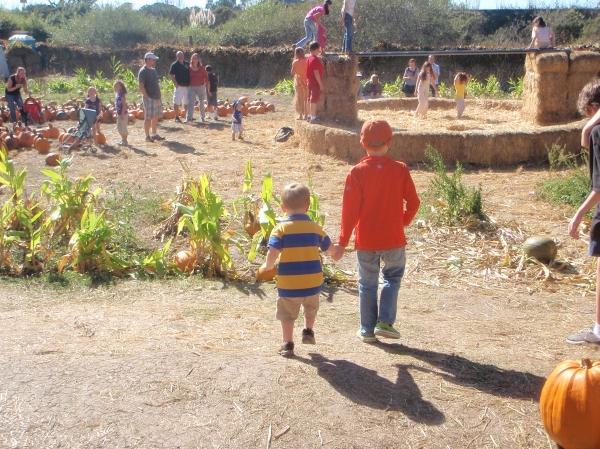 Let us hope that Arata's gets the 5 year permit so they can continue this wonderful tradition. Seems it's a true "labor of love" for them, providing families with a unique treat and priceless memories.


Great article Erin and we love the pictures. We will be sure to stop by and visit Arata's this weekend on our Trek to half moon bay! Thanks for letting us know they are still open.

Report Objectionable Content
Posted by Laura Stec, a resident of Portola Valley: Westridge,
on Oct 9, 2014 at 9:03 am


Sweet Erin! And really nice to see some pictures. Happy Fall to all!

Report Objectionable Content
Posted by Stu Soffer, a resident of Menlo Park: Linfield Oaks,
on Oct 9, 2014 at 9:53 am
Stu Soffer is a registered user.