An Alternative View
by Diana Diamond
Comcast, what are you doing to us?
Jun 23, 2022 | 8 comments

"Grosbeak on my Feeder"
I took this photo of a black-headed Grosbeak on my patio at The Sequoias in Portola Valley a couple of weeks ago. Submitted by Earle Jones on Jun 24, 2013

Spanning 45,000 square feet and housing a rooftop restaurant, Eataly Silicon Valley provides Italian food lovers with a chance to do their grocery shopping, browse specialty foods and enjoy wine, pizza and gelato all in one place. Friday, 4:22 PM 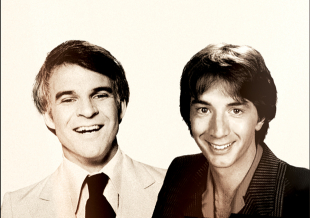 Dave Alvin and Jimmie Dale Gilmore with The Guilty Ones will take the stage at The Guild Theatre on Saturday, June 25. Friday, 9:53 AM

The Palo Alto Players are bringing a Shakespearean favorite into the 1920s with a lively production of "Twelfth Night." The show which opened June 16, runs through June 26 at the Lucie Stern Theatre. Thursday, 1:40 PM

After two years of going virtual, the Windrider Bay Area Film Forum is making a return to in-person screenings with two films that seem a perfect fit for the festival's uplifting theme, "Lens of Hope." Wednesday, 11:40 AM

Burlingame's Michelin-starred Rasa, which Ajay Walia closed on June 7, has reopened as a second location of his more casual restaurant, Saffron, which is focused on south Indian cuisine and even features some of the same dishes. Monday, 10:49 AM

Back in 1972, when Jim Nadel was a recent graduate jamming with friends on the Stanford campus, he had no inkling he was founding an organization that would become a presenter of jazz legends and an incubator for future greats. Wednesday, June 15, 5:58 PM

Review: 'Ragtime' at TheatreWorks fires on all cylinders

TheatreWorks Silicon Valley offers a winningly streamlined production of epic musical that interweaves the stories of three families pursuing the "American Dream" at the turn of the 20th century. Wednesday, June 15, 4:32 PM

Peninsula Outdoor Painters is partnering with Environmental Volunteers for a visiting artist series, which brings artists to the EcoCenter to share their paintings inspired by the Baylands. Thursday, June 16, 4:21 PM

In the moment: New works by Kohei Nawa tackle how we see things in the Information Age

From vintage tech to taxidermy, photographs to paintings, artist Kohei Nawa draws on a variety of media for "PixCell_Moment," a show of new works at Pace Gallery that take on questions of perception in the social media era. Friday, June 10, 11:30 AM

Summer movie lineup offers hope for theaters, something for everyone